WHOLE LOTTA COMEDY at Hersham Sports and Social Club on SAT 14th MAY.
Tickets are now on sale and can be purchased from www.ticketsource.co.uk/wholelottacomedy
Tickets are £12 members and £15 non-members
Whole Lotta Comedy with headliner Nick Helm
Headlined by the self-titled human car crash of light entertainment, Nick Helm (as seen on Live at the Apollo, Russell Howard’s Good News and 8 Out of 10 Cats Does Countdown). Nick’s high-energy, off-the-wall, confrontational stand-up act has seen him sell out shows up and down the country, and has earned him numerous accolades including a British Comedy Award for Best Breakthrough Artist. He guarantees not to disappoint.
Opening the night will be Lucy Frederick, with Daman Bamrah and Rob Hitchmough as support all of whom are highly respected at the top clubs across the country. 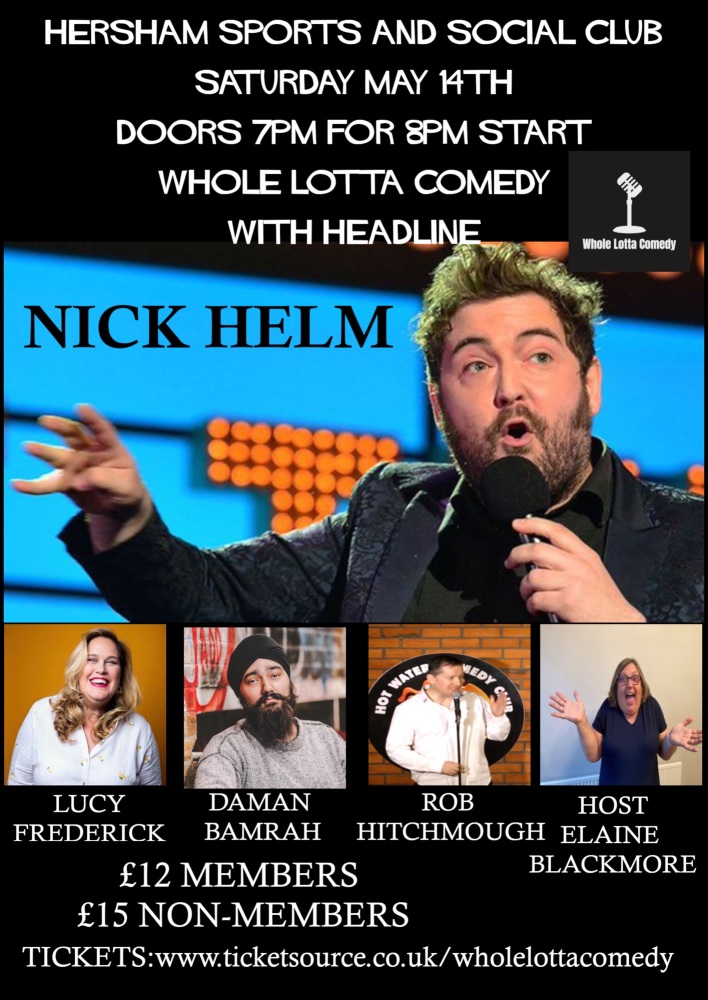